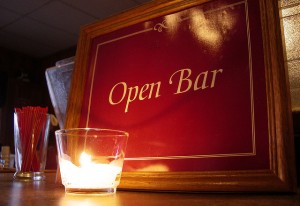 What if everyone had access to cheap money central banks are flooding into the  financial markets since the beginning of the crisis? Last week, The Washington Post published a nice post that raises the question.

The post is from Sheila Bair, former chairman of the FDIC, the american deposit guarantee fund. She writes:

Under my plan, each American household could borrow $10 million from the Fed at zero interest. The more conservative among us can take that money and buy 10-year Treasury bonds. At the current 2 percent annual interest rate, we can pocket a nice $200,000 a year to live on. The more adventuresome can buy 10-year Greek debt at 21 percent, for an annual income of $2.1 million. Or if Greece is a little too risky for you, go with Portugal, at about 12 percent, or $1.2 million dollars a year. (No sense in getting greedy.)

Think of what we can do with all that money. We can pay off our underwater mortgages and replenish our retirement accounts without spending one day schlepping into the office. With a few quick keystrokes, we’ll be golden for the next 10 years.

Of course, the post is ironical. However it highlights very well one of the biggest contradiction of our financial system: it can work only for an élite of bankers. As Bair puts it:

Because we will be making money in basically the same way as hedge fund managers, we should have to pay only 15 percent in taxes, just like they do. And since we will be earning money through investments, not work, we won’t have to pay Social Security taxes or Medicare premiums. (…)

Come to think of it, by getting rid of work, we can eliminate a lot of government programs. For instance, who needs unemployment benefits and job retraining when everyone has joined the investor class? And forget the trade deficit. Heck, we want those foreign workers to keep providing us with goods and services.

I don’t know exactly what Sheila Bair has in mind while she writes this. Still I find it interesting (and amusing) how absurd is the financial sector if considered alone.

Moreover, I think she makes an important point in taking the question of inequalities through the scope of monetary policy. Indeed, in my view the banking system is a perfectly pyramidal scheme that increases inequalities (see this post, in french).

The big picture is like this: American banks get money at 0,25%, government at 2%, companies at 3-6%, households at 7-20% (depending on your solvency). In other words: the closer you are from the central bank liquidity tap, the better for you.

Why? Officially because a household is probably more risky than a company, which is more risky than lending to a government or a bank. Of course the fairness of such a system is more disputable. With such a rule, big players have obviously more opportunities to get richer while the poor have more ‘chance’ to be even poorer in the end. Especially when some assets are supposedly risk-free  (for instance sovereign debt) while a typical job is the opposite.

So yes, if you want to fix income inequalities, there is certainly something to do with a democratization of our modern monetary policies. Obviously, Bair’s proposal is an absurd joke, but there are many other possibilities that deserve to be more seriously considered. Fortunately this will be a hot topic here on Boiling Frogs. Stay tuned!

PS: If you are too impatient, this post by Steve Waldman is a very tasty food for thought.