France: a housing market designed for the rich 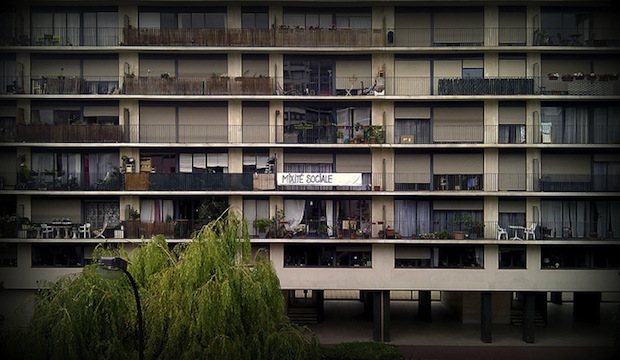 While markets worry about a decline in house sales in France, millions of people are left behind, with no home or insalubrious ones. So what’s wrong with the French Housing market? It favors the rich in many ways.

Recent studies by the Fondation Abbé Pierre (pdf), demonstrate that at least 3.6 million people are badly housed in France, among which 685.000 are believed to be homeless.

It’s no secret why: with house prices skyrocketing by 260% in ten years (according to ECB data), houses in France are 50% overvalued by rent and 35% by income. Long story short, owning a house in France has become unaffordable for most people. 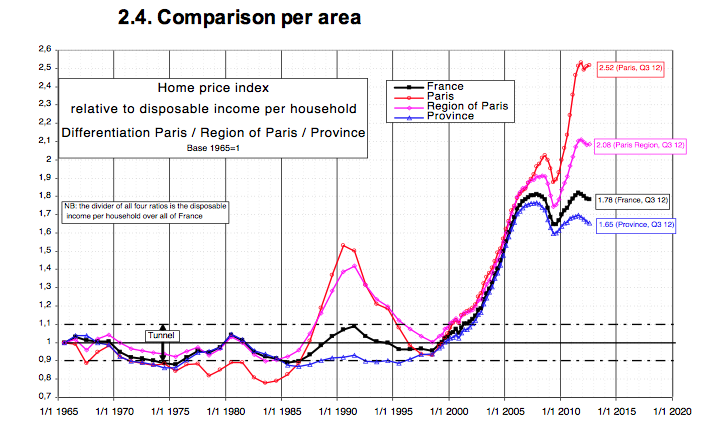 Several factors are to be blamed for this. Let’s explore some of them.

First, because government housing programs fail. It is well known for instance that some people still benefit from “HLM” accommodations (government subsided houses) while not actually being particularly in need, disabling modest people to access them because of a opaque attribution system.

Moreover, public construction programs are being delayed by lots of cities – given penalties are less costly than building new homes.

Tax loopholes for the rich

Above all, previous governments introduced in 2003 a tax loophole on rental investment (known as “loi Robien“) which, on top of classical interest payment tax deductions, encouraged many people to invest in real estate. The law was even amended in 2008 (Scellier amendment) in order to ‘support’ the housing market after the crash of 2008.

The problem with these schemes is that they benefit to the richest: those capable of pledging collateral to a bank and get a cheap credit in return. These laws have encouraged many better-off people to invest into secondary houses, leaving modest people with fewer chance to access to ownership. Finally the poor have left with no other choice but to rent their homes to the rich who hoarded all houses with leveraged investment. And while those investors won’t pay much taxes, tenants are finally paying through their rents for the financial cost of these credits.

Without any surprise, the situation in Paris (and surrounding areas) is particularly unacceptable. Here, the problem is partly due to a hyperconcentration of population living in a very small area, attracted by a concentration of money, powers, and jobs in the Parisian bay. In other words: jacobinism.

Along with restrictions on the height of building inside Paris, this situation creates a scarcity of homes in Paris. basically, Paris is a nightmare when it comes to renting a flat. Living in a 10m² studio for 500€, or queuing for an hour just for submitting an application to a homeowner are not uncommon situations.

And it’s not just a matter of money. The system is very unfair just because homeowner request very high guarantees (job contracts, deposits, guarantees…), and sometimes even illegal stuff like licence plates or medical certificates. As a consequence, even when you have the money it’s not easy to convince a owner to trust you that your situation is safe. If your guarantees are too weak (for instance you have a temporarily job contract, not the sacred “CDI” – unlimited job contract) then the insurance would charge extra costs to the owner – thus encouraging him to choose someone else. Obviously those who have better-off relatives on their back are privileged again.

On top of all this, it’s no secret that many potential homes are left vacants. According to recent reports, more than two million properties are believed to be empty. Why such? Because these empty buildings (mostly offices), still are worth as assets in building societies’ balance sheets, thus ballooning their market value to the benefit of shareholders. Building societies also like to keep liquid assets in their accounts (ie. properties they can sell promptly if necessary), in order to improve their solvency – and please their creditors. To their defense, it is often costly to adapt from offices to housing.

This is why some claim for a tax on empty properties.

A bubble to burst

As you see, the French housing market is poisoned by an unfair system which benefit mostly the richest and perpetuate a scarcity of homes. In this regard, the housing bubble is indeed just a side-effect of ten years of systematically favoriting the rich, through government policies as well as a banking system designed for serving those who have the collateral.

Of course, similar trends have been observed in many developed countries. But unlike its counterparts, France have seen no correction since 2008 in comparison with the UK and US. So far so good? 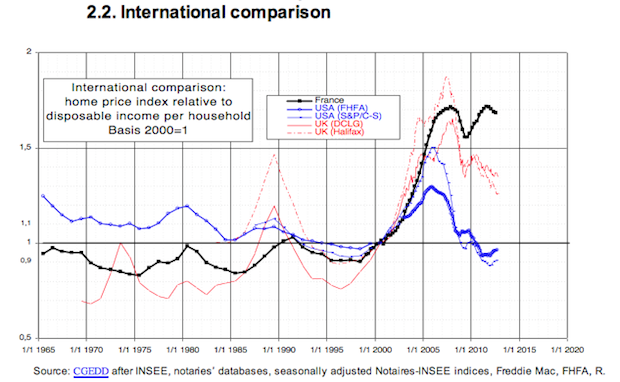