The first baby steps of a basic income movement in Greece 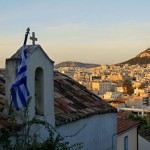 How the basic income movement in Greece was born in the middle of April 2013. 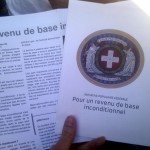 In Switzerland, a federal initiative for unconditional basic income has collected more than 110.000 signatures, becoming the first country where the People will be directly to approve (or not) the idea. While the result of such a votation is still very uncertain, the worldwide debate may get bigger. 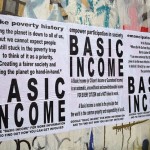 The time has come for basic income supporters to take action for one of the biggest battle of History: the one for Human Rights, Dignity, Democracy, Commons… All at once reunited in the demand for a basic income. 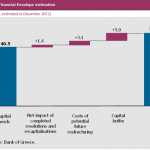 So the greek central bank just announced the cost of the greek bank recapitalization : 27.5bn euros just for the 4 biggest banks, 40 bn overall. That could even top at 50bn, the Bank of Greece admits. This represents about 20% of Greece’s GDP. What a scam, isn’t it? Well, this is actually awesome: just by doing […]

The trouble with Trade Unions 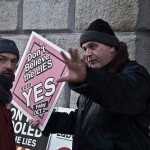 Beyond the fight for better labor rights, Trade Unions must widen their vision, work on tackling mass-unemployment by defending the unemployed as long as the workers. 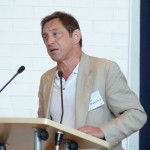 Guy Standing is Professor of Economic Security at the University of Bath and a founder member and co-president of the Basic Income Earth Network (BIEN), a non-governmental organisation that promotes a citizenship income for all. He worked at the International Labor Organization as researcher for many years and is author of “The Precariat — […]

Debt crisis: The solution is right here – but who dares to look at it? 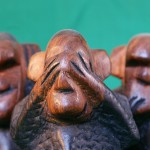 Introducing a monetary dividend, ie. printing money and giving it directly to citizens through a periodical income is not a new idea, neither denuded from any rational economic arguments. Quite the contrary, actually. But will people just seriously consider the idea and claim for it to be done?

How to save Greece (full paper)

You may remember that post in which I explained how exiting the eurozone could be a good opportunity for Greece, if accompanied by a series of relevant measures such as the distribution of a monetary dividend to every citizen living in Greece (ie. a basic income grant funded by money printing).

Götz Werner on our mistake in thinking

Do you know Götz Werner? In case you don’t, Werner is a very famous entrepreneur in Germany. He founded the drugstore chain  dm-drogerie markt, which he led for 35 years. He is also a influent advocate of the unconditional basic income, and most of all a brillant and heterodox thinker.