Cyprus at crossroads between Europe and Russia 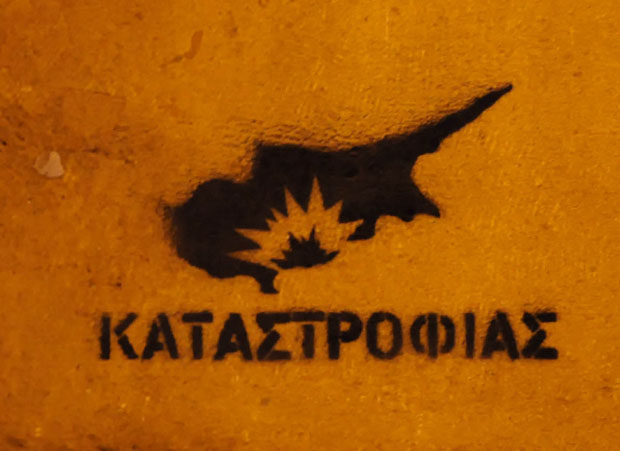 While the idea of bailing-in the Cypriot banks was good idea in principle, the way the Cypriot government and the troika implemented was very badly designed – not to say scandalously unfair.  Now it’s up to the Cypriot People to demand a better plan. But which one?

Everyone is blaming the troika for having tried to imposed a levy on deposits held in Cypriot banks. Many argue this measure is very unfair given many modest Cypriot resident would have been asked to pay a tax of 6,8% on their deposits – often the fruit of years savings, while the depositors above 100k€ would only pay a levy of 9,9% – which is not much indeed.

Other claim this measure is anti-democratic. Indeed, the Cypriot representatives were – like always when it comes to bailout plans – bypassed by the eurocrats and their ECB / IMF fellows. Which partly explains why the deal was finally rejected by the Cypriot parliament on Tuesday – a decision many applauded.

However, from a pure financial point of view, the very principle behind the deal, the bail-in, is probably the best compromise possible when it comes to fixing a bankrupt financial sector. Indeed, like I have said in the past, this resolution process is supposed to protect the taxpayers and depositors by forcing the creditors of the troubled bank to forget their claims, in exchange for shares of the bank. As Bloomberg’s Clive Crook explains:

Hence the need for making the bondholders responsible for their bad investment. In practice, the idea is to make the subordinated bondholders take their losses beforehand. If necessary, then come the senior bondholders. If the debt writedowns are not enough (ie. in extreme circumstances) you might finally have to tap depositors. 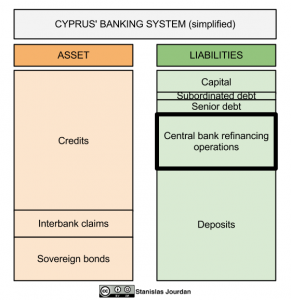 Unfortunately, Cyprus belong to this category of extreme cases were deposits have to be solicited because of the absence of any significant bondholders. Cypriot banks were mostly funded through deposits.

But still, the first plan was far from optimal. As Bloomberg says, the deal “fails to explain why senior bondholders were excluded from the deal and above all why the levy was applied to insured, and not just uninsured, deposits. It’s the very opposite of what makes sense.”

There is a good news still. The bail-in plan, however unperfect it is, opens the door for new radical solutions in the resolution of troubled banks. Indeed what this plan reveals is the fact that policymakers could perfectly take the money ‘where it is’ and use it to fill the gap that has to be filled in – if only they want so.

Then after all, it’s up to the Cypriot People just to demand a different way of sharing the burden – ie. make the richest depositors pay more. However, by refusing the principle of the bail-in deal on Tuesday, the Cypriot parliament might have missed a good opportunity to fix radically a significant part of the issue.

At crossroads between Europe and Russia

Of course this is not the only solution. A more radical one would be to go default on the national debt, write down the emergency loans provided by the Central Bank of Cyprus. Problem solved, except that you need to prepare to get ejected from the eurosystem – a decision the conservative and pro-european government is very unlikely to take.

In comparison, the bail-in option, if renegotiated appropriately, may still not be ideal, but is at least much more fair than the purely stupid austerity measures imposed to Greece, Portugal and Ireland not so long ago. It is also the most realistic one given the troika’s stake.

In any ways, Cyprus has to choose a clear direction. Which means either confronting Russia by taping more foreign-held deposits and bondholders, either confronting Europe by writing off public & eurosystem-related debts (ELA), with the risk of jeopardizing Cyprus’ eurozone membership. I can hardly see how to handle to satisfy both sides, especially when you are short on time, having crowds in the starting-blocks for the bankrun.

It would be probably easier if the People of Cyprus show clearly the way.