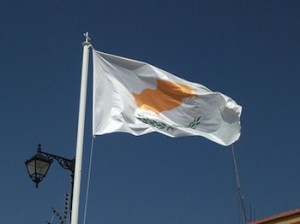 Current negotiations between the EU and Cyprus’s government towards a bailout deal for over-indebted Cyprus could lead to an important confession from the troika: yes, private investors must and can pay the price of the crisis.

So far, bailout plans for Greece, Ireland the one imagined for Spain have never directly impacted private investors. Instead, our policymakers are simply injecting fresh cash into banks, precisely in order to have them pay back their debts, and not go bankrupt.

This unfair and illogical method could be over. Der Spiegel reports that the bailout deal being negotiated by the Cypriot government and the troika could include important ‘concessions’, among which the banks’ creditors would have to pay their share, through some sort of debt/equity swap.

This process, also known as a “bail-in“, consists in converting banks bonds held by investors into equity, thus reducing the size of the banks external claims. As I explained some months ago, this strategy contains several features:

The first and obvious argument in favor of bail-in is that it does not involve public funds to recapitalize a failing institution, thus leaving taxpayers untouched.

Instead, private investors would pay the price of the the recapitalization through the write-down of a large part of their claims. But they wouldn’t be totally despoiled, since they would get equity shares in the process. Hopefully, with the stabilization of the  financial situation of the bank, it could prosper again and the shares values would rise again on the long-term thus minimizing the net losses for investors. At least, it would create an important incentive for these new shareholders to take the required decisions to make it so.

All in all, this proposal seems to be the most honorable and fair exit door for every stakeholder. And most of all, this would simply respect the basic rule of capitalism that everyone should be responsible of its investment: earn money when succeeding, lose when things go wrong.

This time, the banks’ creditors are also expected to pay up. “With the goal of minimizing the cost to taxpayers, bank shareholders and junior debt holders will take losses before state-aid measures are granted,” the MoU draft reads. This means that creditors of Cypriot banks won’t just be able to withdraw their money. Instead, their claims will be converted into bank shares.

This is pretty shocking to see the troika finally being acknowledged that there are means of recapitalizing the banks without tapping public money, like many economists have been praying so. Does it mean the troika finally learnt something from the crisis? Oh, wait:

In taking this step, the troika is avoiding a potential embarrassment. Substantial sums of Russian capital are deposited into Cypriot banks, and some of it is probably of dubious origin. It would be difficult to explain to the European public why its taxes are being used to rescue wealthy oligarchs. Now, people who had previously invested their wealth into yachts, cars and football clubs will be forcibly turned into bank owners.

Even though I am not sure how much these claims could amount to (bank securities issued seem to be around 1.8bn euros according to the ECB), while we are talking about a 18bn euros deal… Still, this move (if actually put in place) could be very interesting. “If they can do it for Cyprus, why not for Spain, Greece, Ireland?” people may wonder. Not only this would create some sort of precedent, it would also be a confession of the troika’s previous mistakes.