Who are the libertarians? 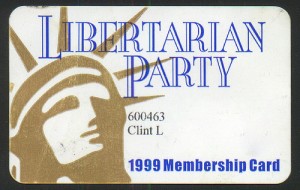 Libertarians are less altruistic and emotional, more rational and individualistic than other people, a research paper says.

What makes a libertarian a libertarian? And how they compare with the liberals and conservatives? Even though it is often said or believed these people are “selfish”, this question had been much unstudied by accademics until now. However, in a recent paper called “Understanding Libertarian Morality: The Psychological Dispositions of Self-Identified Libertarians”, Ravi Iyer, Spassena Koleva, Jesse Graham, Peter Ditto and Jonathan Haidt bring some insightful elements of knowledge on the topic.

Indeed, the objective of their work was precisely to “address the question of what dispositional traits, emotions, and social preferences predict self-identification as libertarian”. The researchers start from three predictions that they intended to test-proof empirically:

Based on a dataset collected from June 2007 to January 2011, on the website YourMorals.org at which not less than 157,804 US citizens completed various questionnaries, the study tends to infirm the previous assumptions.

First of all, the researchers used the “Moral Foundations Questionnaire” that measures the degree to which a person relies on each of five moral foundations: harm/care, fairness/reciprocity, ingroup/loyalty, authority/respect, and purity/sanctity.

Consistent with our prediction, libertarians were relatively low on all five foundations. Libertarians share with liberals, a distaste for the morality of ingroup, authority, and purity, characteristic of social conservatives, particularly those on the religious right. Like liberals, libertarians can be said to have a two-foundation morality, prioritizing harm and fairness above the other three foundations. But libertarians share with conservatives their moderate scores on these two foundations. They are therefore likely to be less responsive than liberals to moral appeals from groups who claim to be victimized, oppressed, or treated unfairly. 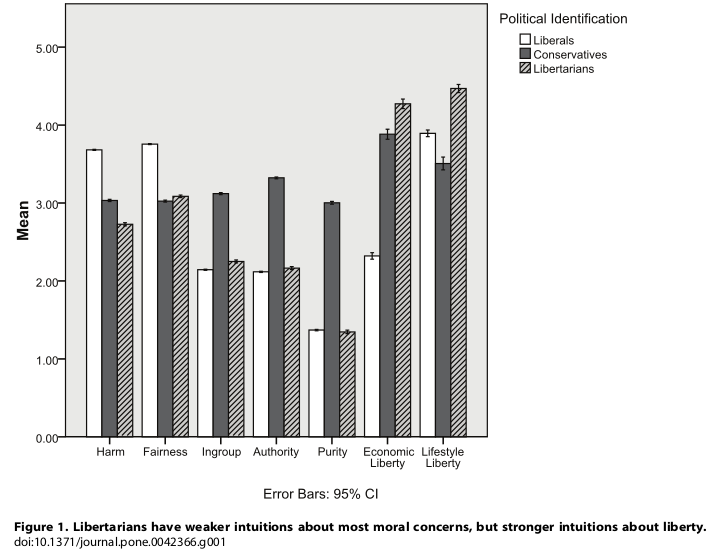 Furthermore, when asked about there “guiding principle in life”, the libertarians “assign lower importance to values related to the welfare or suffering of others–the benevolence value” the researchers note. On the other side, “self-direction” is the most important value for all liberals, conservatives and libertarians, but for the libertarians it is by far the only value that matters much among the Schwartz scale of values.

Again, when asked about their ethical position, libertarians “appear to live in a world where traditional moral concerns (e.g., altruism, respect for authority) are not assigned much importance”. 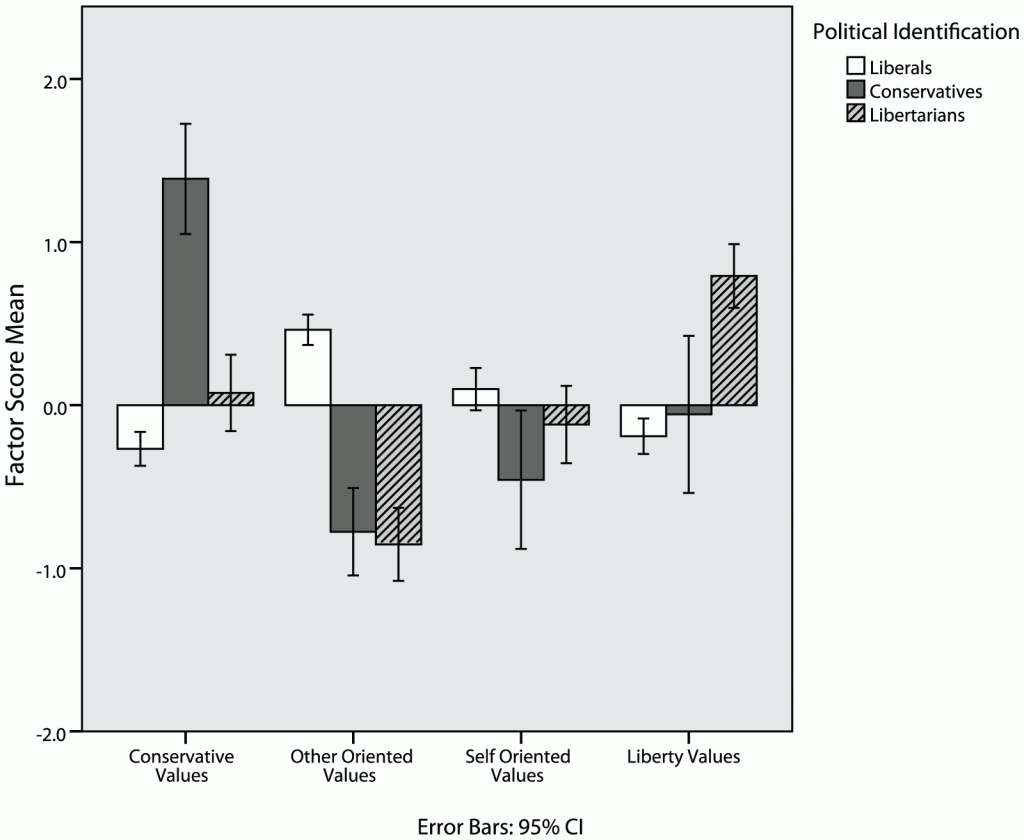 Overall, the study shows clearly that libertarians differ from the classic liberals and the conservatives (cf chart) in that they do not endorse much any sort of moral except the one of economic and individual Liberty.

While this not much a surprise, the following is getting more insightful: How do Libertarians think and feel?

In this second part, the researchers wanted to infirm the idea that libertarians are less empathic. Several items do confirm  this:

On the contrary, liberarians value more logic and reason, they are more utilitarian and likely to make “cold” calculations, and their cognitive skills seem more accurate.

(…) libertarians may not see liberty as a means, but rather as an end, in and of itself, based on their heightened feelings of psychological reactance. The idea that libertarians are dispositionally more reactant than others when confronted with societal constraints is a potential gut-level explanation for their moralization of liberty.

In combination with low levels of emotional reactivity, the highly rational nature of libertarians may lead them to a logical, rather than emotional, system of morality, explaining their unique pattern of scores on the moral psychology measures used in Study 1. This logical system of morality may have led libertarians to be able to provide correct, rather than intuitive, answers on the cognitive reflection task, and to make more utilitarian judgments in the moral dilemmas presented to them in Study 2.

The third study, which aims at answering the question: “How Do Libertarians Relate to Others?” is probably the most interesting (and revealing) one. It actually raises strong evidences that liberarians are very individualistic and less open to other people.

For instance, when asked whether they feel they have something in common with other groups, “libertarians feel relatively low levels of connection to their community, country, and people globally” the study says. What about their feeling of love towards their relatives? They also score lower towards every type of relative, including family, friends, and even their romantic partner (with a sligher difference however).

Worth noting as well, the difference between the conservatives and the liberals was much smaller, which tend to marginalise the libertarians: they have weaker connections with their fellow citizens and community.

What if everyone was libertarian?

My point is obviously not to judge the libertarians people throughout their personality, but to ponder this single question: would a society work if everyone was libertarian?

I don’t think so. In my view, the economy relies a lot on the things such as empathy, love, and social connections that the libertarians tend to deny. Competition do not not always work best.

And most of all, as Dan Ariely demonstrates (cf the TED talk below), we do know that human nature is highly irrational. So what if the World was led according to the hightly rational libertarian rules? I suspect this would rapidly turn into a huge failureland.