Being busy with my projects, I’m not posting very much these days. So here is a quick roundup of warning signs I’m looking in my radar.

ECB refinancing operations have never been so large

Not very surprisingly, european banks are more and more relying on the ECB to achieve their funding needs. At end june, total refinancing operations (including emergency liquidity assistance -ELA) peaked at 1.290 trillion euros, a new record. As my home-made chart shows below, we can clearly see a new bump in the use of these funding tools in june. Should we conclude that the two LTRO operations conducted in december and february were not enough? 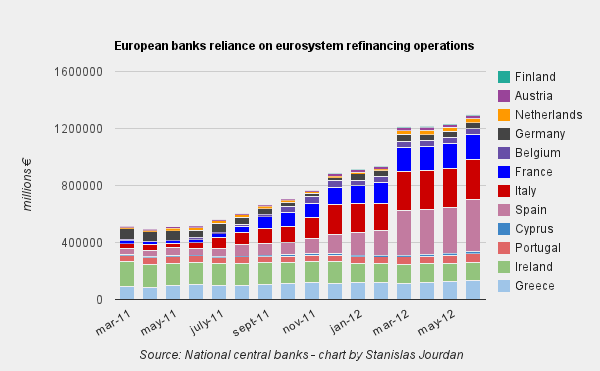 The case of Spain, Cyprus, Portgual and Greece are particularly worrisome:

Let’s stay in Greece and have a closer look on the deposit flight affecting the banking system. As we can see, overall deposits (excluding government) reached a low-record of 172 bn euros from 240 bn pre-crisis. 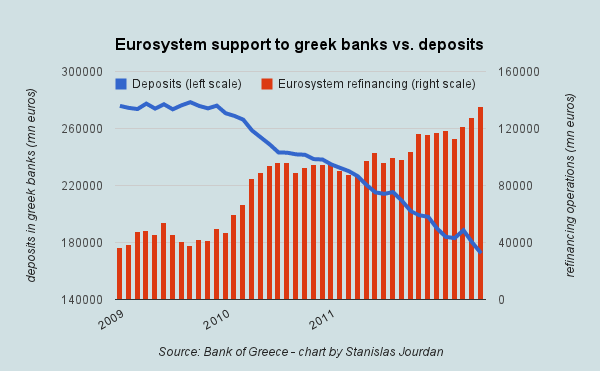 If we look at the month-to-month evolution, we can clearly notice the accelerating trend of the outflow in the last two months: 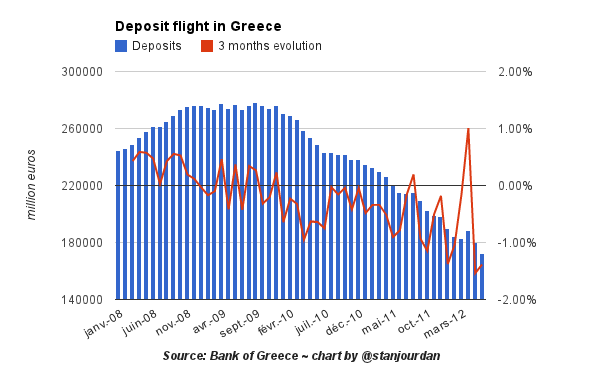 Last data release by the Bank of Spain reveal a new leap of non-performing loans to 155.8bn euros from 152.7bn. This follows the trend of a +2% annual growth since last summer. A chart: 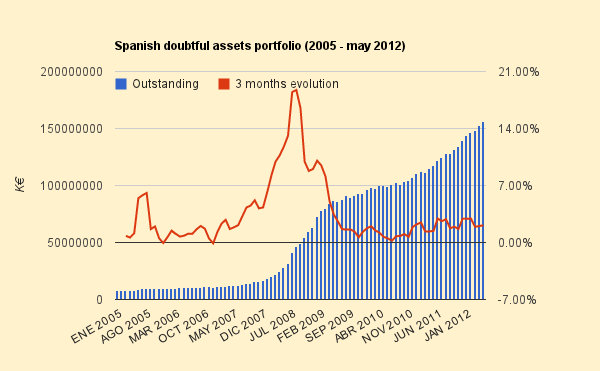 Doubtful loans now represent 15.6% of all secured loans issued by spanish banks. A big bad black hole, that will most likely not decrease as unemployment keep on rising and people go bankrupt… and real estate market go down. Come to think of it, this chart from the Bank of Spain is no much reassuring either: 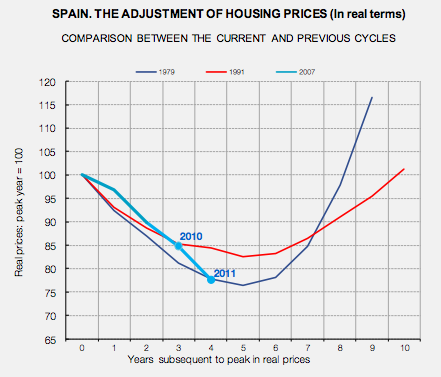 Nope, Ireland is not getting (much) better

Ireland is back in the sovereign bond market, but don’t get fooled: the country is still a long way to go before any sort of recover. Just a few facts to keep in mind: 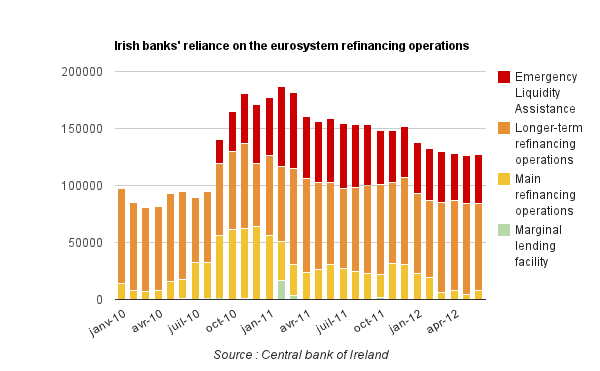