Addressing the complexity of finance 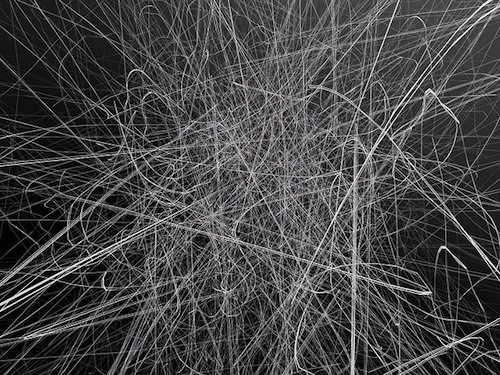 While complexity and opacity of finance is unfortunate, to some extent it appears  to be needed for the good functioning of the economic machine. Understanding finance’s opacity is thus necessary to reform our modern financial system.

Why is finance so complex ? Steve Waldman from interfluidity has a fascinating post in which he argues:

Opacity is absolutely essential to modern finance. It is a feature not a bug until we radically change the way we mobilize economic risk-bearing.

Put simple, his point is that if finance were not so complex or opaque, people would be aware of the risk bearing on theirs savings. And because they would be afraid, much fewer people would be willing to invest in the economy. As a result, the whole economy would freeze and we would all be losers.

On the contrary, with complexity and opacity, risks are diluted and hidden in the system, so that everyone feel like there is always something to gain. Therefore, people play the game instead of staying apart.

And Steve to conclude:

Opacity is not something that can be reformed away, because it is essential to banks’ economic function of mobilizing the risk-bearing capacity of people who, if fully informed, wouldn’t bear the risk. Societies that lack opaque, faintly fraudulent, financial systems fail to develop and prosper. Insufficient economic risks are taken to sustain growth and development. You can have opacity and an industrial economy, or you can have transparency and herd goats.

While I find Steve’s analysis brilliant, I would say that this is one thing to understand and explain why he system has become so complex, another is to imagine how things would work differently.

For a long time, I have been advocating for a full reserve banking system, notably because it implies a much simpler banking system in which everyone invest consciously and gain what he deserve. Meanwhile, the bank would simply act as a platform for transactions and clearing house, thus making people able to lend directly to businesses, organizations, or even relatives, without money multiplier to meddle the participants. Internet now enables us to do that, and this is why I am very interested in collaborative finance.

However, despite a lot of advantages, I now understand why very few people are claiming for this kind of reform. The truth is that it literally scares a lot of people to imagine a world where their money would be partly unsafe, and they are afraid of not being capable of taking the right decisions in the use of their savings. Therefore, they prefer to close their eyes to the reality of the system : their money is only safe as long as people believes it is.

Opacity and complexity is like a stimulus (a ‘sugar pill’, Steve would say) for creating confidence in the economic outlooks. Because the trick would be broken without banking leverages and complex derivative products, we need to find an other way to create the same positive effect.

Some people envision NGDP targeting as a substitute : the insurance of the intervention of the central bank to guarantee a minimum nominal growth would build a strong confidence in the economy. At least it would reduce big shocks.

Personally, I think a basic income for all would do the job as well. Because no one would be left without nothing, at all time and in all places, aggregate demand disruptions would be softened and make venturing much less risky. Also, the safety net effect of the basic income would stimulate entrepreneurs and freelancers, because they know they will “get back on their feet’ if they fail.

The problem with complexity, is that it can be only fought through its opposite. In this regard, the disarming simplicity of the basic income wins again.