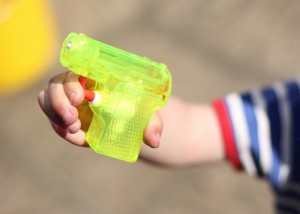 A rumor is currently trending in French media: Sarkozy would be the instigator of the launch by Eurex (pdf) of a new market for derivative on French bonds. For some, the move is intended to stimulate market pressure on french debt and thus give credit to austerity speeches.

What is it about ? Concretely, the introduction of future derivative contracts by Eurex will enable any investor to speculate against French sovereign debt by short-selling French bonds with future instruments. Until now, this practice was limited to powerful hedge funds; it will now be easily accessible for everyone.

Motivation for the move? According to some, including the famous trader Marc Fiorentino who thinks that future instruments are “the ideal weapon for attacking France“, this move will make pressure on the French financial markets ahead of the elections (in two weeks) in order to give credibility to Sarkozy’s austerity platform.

Fabrice Epelboin follows the path on Relfets.info, with a pinch of conspiracy theory:

Nicolas Sarkozy is implementing a scorched earth policy at the eve of what seems to be his departure from the Élysée. Allowing the use of speculation tools for all markets stakes in order to short french treasury bonds, the French government is preparing a financial cataclysm and shows his sense of timing.

I would be much more nuanced.

First, one have to know that these instruments used to be available 13 years ago, before the euro. Offered by former exchange market MATIF, these tools were marginally used at that time, which explains why the tools were removed from the market.

More, let’s recall that the use of short selling tools have never been completely forbidden in France, except from the last summer, when the EU commission decided to suspend this practice on a shortlist of Bank and insurance funds, in the context of markets turmoils. The decision was renewed on the 10th of november, for three months, and abolished (pdf) then by the French Financial authorities on February 13th. Eurex announced the launch of the derivative market on march 21st.

So far, I cannot see strong evidence that the decision is instigated by the French presidency.

That said, what can we expect from the introduction of these tools on the market by April 16th?

“Yes, it could eventually increase the volatility of the market” a trader told me, “but except this, it should not be a big concern“.

In Italy, where such tools were introduced by Eurex in 2009 and 2011, the volume of the market is very limited today. ‘Ridiculous’ according to another trader I know. “If this was the ideal weapon against a country, we would have heard about them in Italy by now“, he said. But the truth is that the italian market is 25 time smaller than the german bunds one.

Actually, futures contracts may not be the ideal tool for speculating. According to the same trader:

A better tool for speculating on sovereigns are call options. In terms of leverage effect and risk control, these tools are much more interesting since it costs less and they are more flexible.

Indeed, with a call, you acquire the right to buy an underlying asset at a certain price, a certain time, whereas a future contract forces you to buy the asset at the settlement date. Moreover, future contracts require to deposit cash at the clearing house. The deposit is mark-to-market which means you have to adjust the amount everyday, leading to cash uncertainty.

Asked traders are unanimous: “If I wanted to short-sell, I would certainly use call option rather than futures. This, is the ultimate weapon.” one said. But call options are not set to be introduced by Eurex any time soon. Only Future contracts are.

So why all this fuss about them? A fashion:

Current fashion on markets is to rate everything that exists that might have som interest for customers. Eurex is no exception: they are doing what everyone is does. Before, a lot of stuff were exchanged over-the-counter. Now the reverse is happening: a lot of strange stuff are quoted electronically, but with a very weak volume. I would not be surprised if the volume on the OAT derivative are very weak in the coming months. And if there is no liquidity, then there won’t be any speculator.

Sarkozy is certainly preparing his arsenal for the elections, but one should not worry too much about this little water pistol.